We are to enrich Bangladesh

AHDO is a local based voluntary organization which originated from Daulatpur Upazila of Kushtia district. AHDO has been observing the scenic scenario of the destitute, poor and backward people of Daulatpur Upazila since its birth. This common scene begets a controversial conflict for the financial, educational and social emancipation among the poor in the working areas of the respective Upazila. Besides gender disparity adds to this circumstance. The influence of the critical situation produces from two reasons- the boarder belt demography and the river belt demography. The boarder belt demography induces the poor and the ultra poor to the various social haphazard- involving into the smuggling, participating into the social crime without paying any dignity to the state and law because of the torture from the upper level of the society. Another jolt that barricades to them is the river belt demography which sometimes makes the people vulnerable in such a way- destruction of crops and shelter has compelled them to struggle against the natural whim with their small means and efforts. But lack of proper care and guidance along with both financial and technical assistance exists them all the year round. This scenario flashed over the working areas of Daulatpur. AHDO’s observation comprised of the need of an organization.

The underprivileged women are powerless. They have no representation in the local policy making institution, which is virtually monopolized by local elite and influential persons. The trend of landless in the area is increasing gradually. Consequently, influential people of the area are grabbing the lands of marginal farmers. Here population growth rate is higher than that of the literacy rate. The condition of women is deplorable. They are severely exploited oppressed and deprived. In addition, they are exploited doubly i.e. man-made religion-cultural exploitation and sex exploitation. Women are virtually powerless and asset less in the area. Their access to decision-making process even at family level is also limited. In property of what her brother inherits but in practice women do not possess the said property.

Despite of it, women’s mobility and participation in out side development work is restricted. Women are used for productive purposes and reproductive duties. Women are treated as physically week, psychologically emotional, mentally inconsistent and dependent against her male partner in the area i.e. men’s superiority and women’s inferiority are the social norm. Women have to live within four walls of the family i.e. seclusion. Nevertheless, women are quite unaware about themselves. The salient feature features of women suffering in the area are early marriage, dowry, divorce, wife beating, and separation with minor children without maintenance, attack on women chastity, and migration to urban area as maidservant and women trafficking along with other socio-economic problems. Though women have to work from dawn to late night either in domestic affairs or pre & post harvesting agricultural activities, yet their contribution in economic terms towards upliftment of family is unseen and unpaid. In addition, maternal mortality rate in the area is higher.

The conditions of children were also worse condition. They were the victims of unplanned parenthood. Most of the babies are born underweight due to poor health status of the mothers. Most of the children remain unschooled or little schooled due to financial insolvency of the parents and their apathy about education.

A group of social conscious and progressive minded educational individuals came to a decision how to save the vulnerable people from this inhuman, savaged and misfortunate riot of the society. And improving their thoughts from the circumstance they had to produce a real name for the organization in broadly- Action for Human Development Organization (AHDO in brief). AHDO started its mission since 1995, with some dedicated workers leaded by the Executive Director. 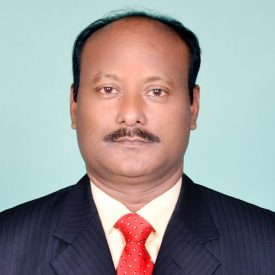